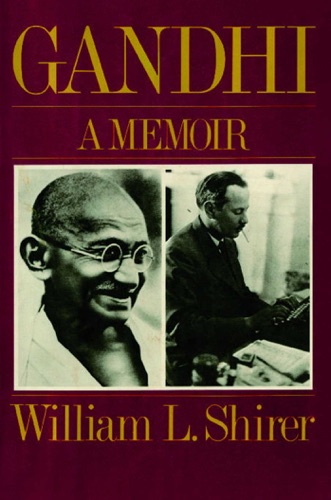 Recalling his friendship and conversations with the late Indian leader, William Shirer presents a portrait of Gandhi that spotlights his frailties as well as his accomplishments.

As a young foreign correspondent, William Shirer reported briefly on Gandhi—but the year was 1931, when India's struggle for independence peaked and Gandhi scored perhaps his greatest political success. The year before, he had led a 200-mile march to the sea to pick up a lump of salt—a violation of the British salt tax; and this symbolic act (like—he reminds Shirer—the Boston Tea Party) had propelled the Indian masses into nonviolent civil disobedience on a large scale. To check its spread, Gandhi had been arbitrarily imprisoned. Now he was out of prison and negotiating with the British viceroy: if Gandhi would call off the civil-disobedience campaign and attend an upcoming London conference, the British would make concessions too.

These, however, were so limited and vague that many Indian nationalists regarded Gandhi's agreement as a sell-out; but Shirer underlines history's judgment of its wisdom with Gandhi's own words. More importantly, he notes, the British had finally been forced "to deal with an Indian leader as an equal." Along these lines, Shirer also witnessed British discomfiture at Gandhi's arrival—complete with loin cloth, spinning wheel, and goat’s milk; he saw the sensation Gandhi caused in London—and heard him address Lancashire millhands thrown out of work by the Indian boycott of British cotton. And he saw him at home, subsisting on four-hours' sleep and "frenzied acclaim." This book is sure to press upon readers the worldwide force of Gandhi's example.