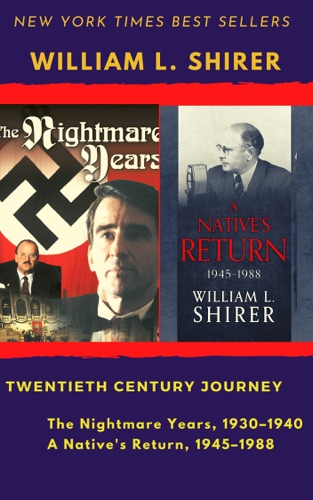 Now in one volume: the three-part autobiography from the National Book Award–winning author of The Rise and Fall of the Third Reich.

The former CBS foreign correspondent and historian provides an invaluable look back at his life—and the events that forged the twentieth century.

The Nightmare Years (1930-1940): In the second of a three-volume series, Shirer chronicles his time in Europe as Hitler dominated Germany and began one of the most dangerous conflicts in world history.

A Native’s Return (1945-1988): The most personal of the three volumes, this edition offers an honest look at the many personal and professional setbacks Shirer experienced after World War II ended—and delivers a fascinating take on the aftermath of the war.