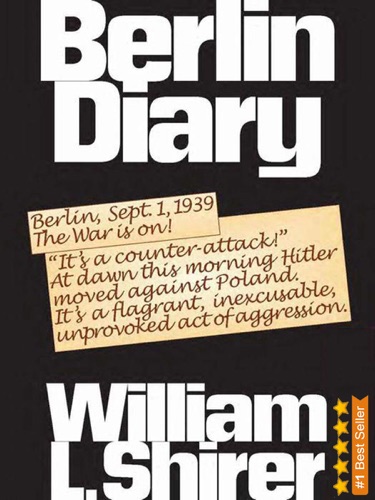 By the acclaimed journalist and bestselling author of The Rise and Fall of the Third Reich, this day-by-day, eyewitness account of the momentous events leading up to World War II in Europe is now available in a new edition.

CBS radio broadcaster William L. Shirer was virtually unknown in 1940 when he decided there might be a book in the diary he had kept in Europe during the 1930s―specifically those sections dealing with the collapse of the European democracies and the rise of Nazi Germany.

Berlin Diary first appeared in 1941, and the timing was perfect. The energy, the passion, the electricity in it were palpable. The book was an instant success, and it became the frame of reference against which thoughtful Americans judged the rush of events in Europe. It exactly matched journalist to event: the right reporter at the right place at the right time. It stood, and still stands, as so few books have ever done―a pure act of journalistic witness.