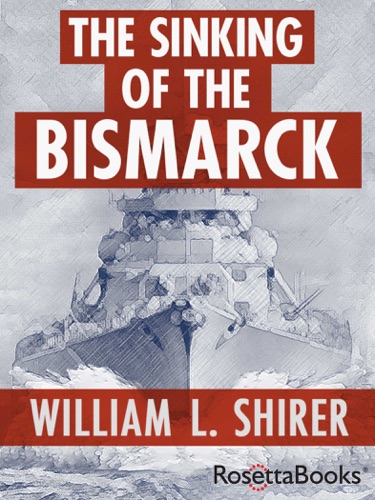 The famous war correspondent delivers an edge-of-your seat account of the naval chase and battle to take out one of Hitler’s most powerful warships.

The Bismarck wasn’t just any warship. Its guns were much stronger and more accurate than any others in its day—meaning it could easily sink enemy ships without getting in range of their fire. It was one of Hitler’s most powerful weapons, and the Allied forces had to put it out of commission—before they lost the war. With the fate of the world in the balance, Allied forces chased the Bismarck across the stormy North Atlantic—culminating in a thrilling sea battle that changed the course of World War II.

Unfolding with the taut suspense of a blockbuster movie, this book brings the excitement and danger of World War II to younger audiences—and demonstrates William L. Shirer’s mastery as a writer of history and a spinner of tales.

“A book one reads with sustained excitement.” —Kirkus Reviews

The Modern Organic Home by Natalie Wise - Pugs: The Owner's Guide from Puppy to Old Age - Choosing, Caring for, Grooming, Health, Training and Understanding Your Pug Dog or Puppy by Alex Seymour - The Bird School for Parrots and Other Birds. How to Solve Problem Behavior With Clicker Training: Biting & Aggression by Ann M. Castro & Various Authors - The Bird School. Clicker Training for Parrots and Other Birds by Ann M. Castro - How to Train Kelpie Sheepdogs by Mick Moran - Stalin's Wine Cellar by John Baker & Nick Place - Japanese Garden Design: Traditions and Techniques by Charles Chesshire - A Life Less Throwaway by Tara Button - You Can Heal Your Pet by Elizabeth Whiter & Rohini Sathish - The Afrominimalist's Guide to Living with Less by Christine Platt -