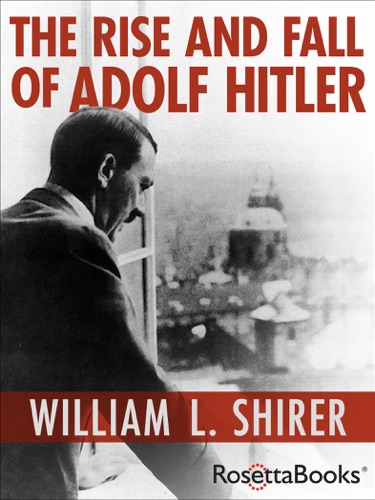 A concise and timely account of Hitler’s—and fascism’s—rise to power and ultimate defeat, from one of America’s most famous journalists.

American journalist and author William L. Shirer was a correspondent for six years in Nazi Germany—and had a front-row seat to Hitler’s mounting influence. His most definitive work on the subject, The Rise and Fall of the Third Reich, is a riveting account defined by first-person experience interviewing Hitler, watching his impassioned speeches, and living in a country transformed by war and dictatorship.

Shirer was originally commissioned to write The Rise and Fall of Adolf Hitler for a young adult audience. This account loses none of the immediacy of The Rise and Fall of the Third Reich—capturing Hitler’s ascendence from obscurity, the horror of Nazi Germany’s mass killings, and the paranoia and insanity that marked the führer’s downfall. This book is by no means simplified—and is sure to appeal to adults as well as young people with an interest in World War II history.

“For nearly 100 years William L Shirer has spoken to us of fascism, Nazis, and Hitler . . . [He] tells the unvarnished truth as he experienced it . . . I figured this school-type book wasn’t going to tell me anything new. But when I started reading, I realized that I wasn’t reading for the facts anymore. I listened to his story and heard the urgency in his voice: a voice from nearly 60 years ago telling us the truth about today.” —Daily Kos