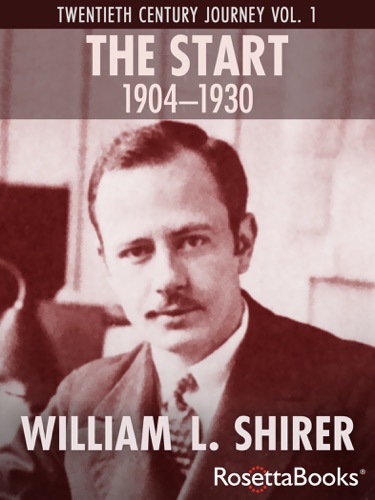 The former CBS foreign correspondent provides an invaluable look back at his life—and the events that forged the twentieth century.

A renowned journalist and author of The Rise and Fall of the Third Reich, William L. Shirer chronicles his own life story—in a personal history that parallels the greater historical events for which he served as a witness. In the first of a three-volume series, Shirer tells of his early life, growing up in Cedar Rapids, and later serving as a new reporter in Paris. In this surprisingly intimate account, Shirer details his youthful challenges, setbacks, rebellions, and insights into the world around him. He offers personal accounts of his friendships with notable people including Isadora Duncan, Ernest Hemingway, and Sinclair Lewis.

This fascinating personal account also provides an illuminating look into a lost pre-World War II era—and is notable as much for its historical value as for its autobiographical detail. Ideal for anyone fascinated by this period in history.