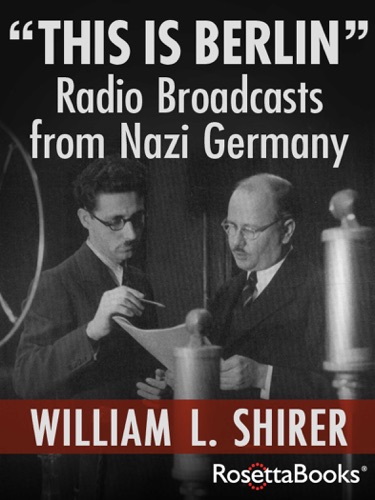 William L. Shirer was the first journalist hired by CBS to cover World War II in Europe, where he continued to work for over a decade as a news broadcaster. This book compiles two and a half years’ worth of wartime broadcasts from Shirer’s time on the ground during WWII. He was with Nazi forces when Hitler invaded Austria and made it a part of Germany under the Anschluss; he was also the first to report back to the United States on the armistice between France and Nazi forces in June of 1940. His daily roundup of news from Paris, Vienna, Berlin, Rome, and London, which documented Nazi Germany and the conditions of countries under invasion and at war, became famous for its gripping urgency. Shirer brought a sense of immediacy to the war for listeners in the United States and worldwide, and his later books, including the seminal Rise and Fall of the Third Reich, became definitive works on World War II history.

This collection of Shirer’s radio broadcasts offers all the original suspense and vivid storytelling of the time, bringing World War II to life for a modern audience.