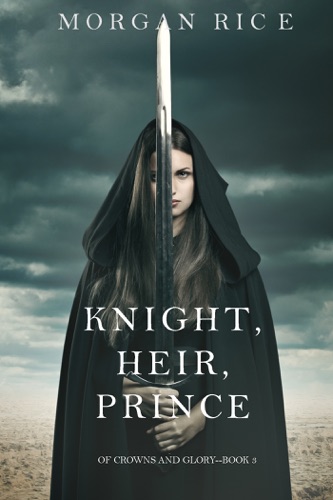 “Morgan Rice has come up with what promises to be another brilliant series, immersing us in a fantasy of valor, honor, courage, magic and faith in your destiny. Morgan has managed again to produce a strong set of characters that make us cheer for them on every page.…Recommended for the permanent library of all readers that love a well-written fantasy.”
--Books and Movie Reviews, Roberto Mattos (regarding Rise of the Dragons)

17 year old Ceres, a beautiful, poor girl from the Empire city of Delos, finds herself alone at sea, drifting towards the mythic Isle Beyond the Mist—and towards the mother she never met. She is ready to complete her training, to finally understand her power, and to become the warrior she was meant to be. But will her mother be there to greet her? Will she teach her all she needs to know? And will she reveal all of the secret of Ceres’ identity?

In Delos, Thanos, thinking Ceres is dead, finds himself wedded to Stephania, and immersed deeper in a court he cannot escape from and in a family he hates. He also finds himself in the midst of the erupting Revolution, which culminates in a daring attack on the Stade. As the one person who can stop—or aid—it, he will have to choose whether to put his own life at risk.

With the kingdom collapsing, foes moving in on all sides, and assassination attempts abounding at court, Thanos cannot know who to trust. He is stuck in a game of pawns and kings, of traitors and queens, and it may be Ceres, after all, who is destined to change it all.

Yet after a series of tragic misunderstandings, the romance that seemed fated may just slip away from both of their fingertips.

KNIGHT, HEIR, PRINCE tells an epic tale of tragic love, vengeance, betrayal, ambition, and destiny. Filled with unforgettable characters and heart-pounding action, it transports us into a world we will never forget, and makes us fall in love with fantasy all over again.

“An action packed fantasy sure to please fans of Morgan Rice’s previous novels, along with fans of works such as The Inheritance Cycle by Christopher Paolini…. Fans of Young Adult Fiction will devour this latest work by Rice and beg for more.”
--The Wanderer, A Literary Journal (regarding Rise of the Dragons)

Book #4 in OF CROWNS AND GLORY will be released soon!